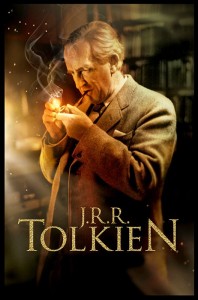 A person once asked me, “Why, among all the fiction writers of the world, does J.R.R. Tolkien hold an elevated position?”

I replied, “There are a lot of people out there who can write a story. Very few among them embellish their writings with bits of poetry while only a handful possess the art of immersing the reader in a whole new world created by them. J.R.R. Tolkien did all three.”

Tolkien has written a lot of stories which include ‘The Hobbit’, ‘The Silmarillion’ and ‘Unfinished tales’ but as it’s his birthday today so as a tribute, I will focus entirely on ‘Lord of the Rings’ and the lessons it taught it as readers. Born on 3rd January 1892 to a bank manager in a country near South Africa, he moved to Birmingham after his father died. Tolkien’s stories and books were depiction of his journey and encounters. He loved exploring Sarehole Mill, Moseley Bog, the Clent, Lickey and Malvern Hills which inspired scenes in his stories.

At first, he used to tell fictional tales to his children to make them sleep at night. One of his friends 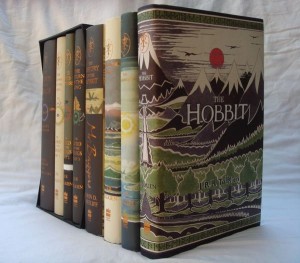 Susan Dagnall, who worked at the local publishing store, advised him to give his tales the shape of a book. Tolkien first rejected this idea but after thinking that it will be a perfect stockpile of sleeptime tales for his children and grandchildren to come, he eventually agreed. ‘The Hobbit’ thus got published in 1936. He never expected it to get humongous fame but to his astonishment, it became an instant success. Most peculiar was the fact that it was equally popular in adults as it was in children. The huge success and pressure of the fans from across the world prompted Tolkien to write ‘Lord of the Rings’ which changed the norms of storytelling altogether in the years to come. Main aim was to keep it a children’s tale but it eventually became more dark and complex in writing.

It took him ten years to write the ‘Lord of the Rings’ saga and since then, it had remained one of the most popular work of fiction ever written. It is an immersive story where Tolkien takes us on a journey along the length and breadth of Arda and Middle Earth revolving around the possession of a powerful ring. This marvelous masterpiece taught us many life lessons. First of which is to never judge a book by its cover. Tolkien writes;

All that is gold does not glitter,

Not all those who wander are lost.

The old that is strong does not wither,

Deep roots are not reached by the frost. 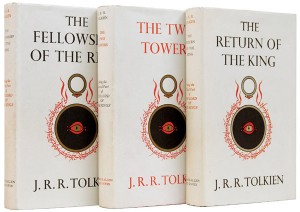 The book unearths the maxims of happiness that come when one is surrounded by faithful friends. As per mentioned in the book as well, Frodo is surrounded by Samwise Gamgee who undoubtedly stood by like a beacons of hope. Mercy of God Almighty is the reason of our stability. Mercy rescues us from the pangs of punishments and show us a world filled with optimism and beauty. Tolkien requests us to adopt this attribute for a happier and merrier world. Another aspect writer highlighted was gender-equality. We are all created equal and have no right to look down upon females. Everyone has a unique attribute and strength. Who knows? A lady might save your life one day. The slaying of Witch King by Eowyn sends a tremendous message to all those who consider females a weaker gender.

You fool. No man can kill me. Die now,  said the Witch  King

I am no man, Eowyn replied

Ever wondered who emerged as the ultimate hero of the book? Some say it was Frodo Baggins; after all he was the only one who took the ring to mount doom for destroying it. Others argue that Gandalf the Grey was the real hero as his guidance and wisdom saved Middle Earth from destruction. Both of the characters similar had one attribute, Courage. So Tolkien taught us that courage comes in all shapes and sizes.

Lastly, the most powerful lesson learnt was that life is worth living when it’s spent with our beloved ones. The length of your life holds no value if you haven’t took your time out to love what’s around you. Love is life and life is love. Without love, life is meaningless.

Tolkien is not only a writer; he’s a torchbearer of happiness and a custodian of all the beauties we can experience in life. He’s the one who taught us to value friendship, taught us to strive for all those secrets which Mother Nature has beautifully stored for us in its sheaths. By writing Lord of the Rings trilogy, he gave such a gift to this world that changed the lives and views of millions of people altogether and its magical effect still continues.

Lets inspire and learn from each other, lets spread love and pay it forward. Lets Revolutionize ourselves. http://revolutionflame.com/

Your email address will not be published. Required fields are marked *